Written by Steven Parashis on 12 May 2017. Posted in Blog

The power of beautifully considered design.

The power of beautifully considered design. The vision for a sculptural, curved building on the Harbour broke radically with the cube and rectangular shapes of modernist architecture. The building transformed this architects career and, in turn, transformed the image of an entire nation.

The architect of Sydney Opera House, Jørn Utzon was a relatively unknown 38 year old Dane in January 1957 when his entry was announced winner of the international competition to design a ‘national opera house’ for Sydney’s Bennelong Point. 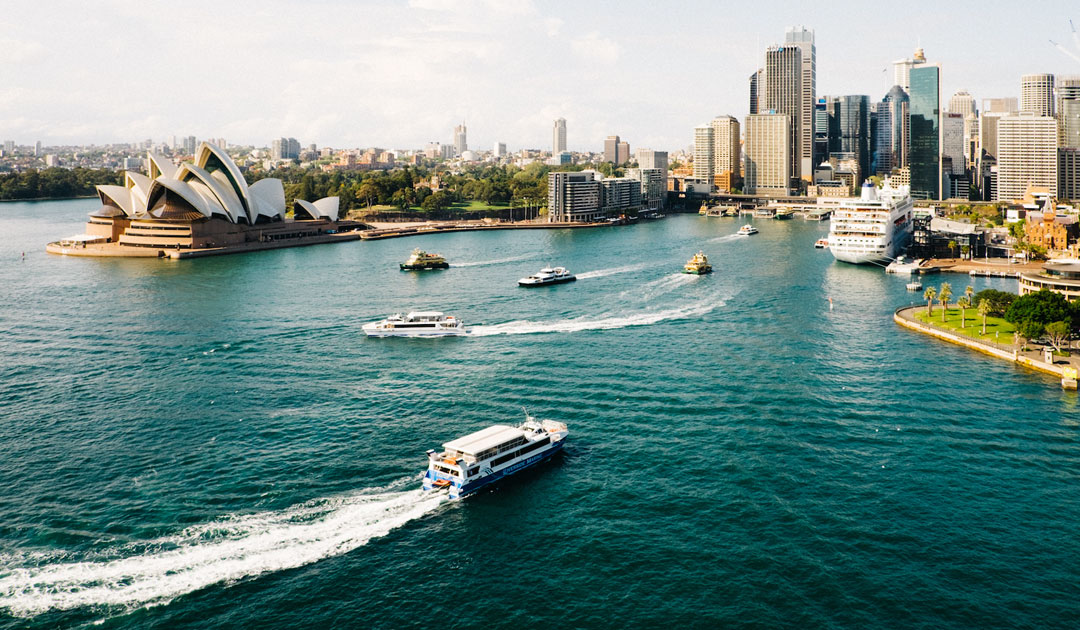 His vision for a sculptural, curved building on the Harbour broke radically with the cube and rectangular shapes of modernist architecture. The building transformed his career and, in turn, transformed the image of an entire nation. 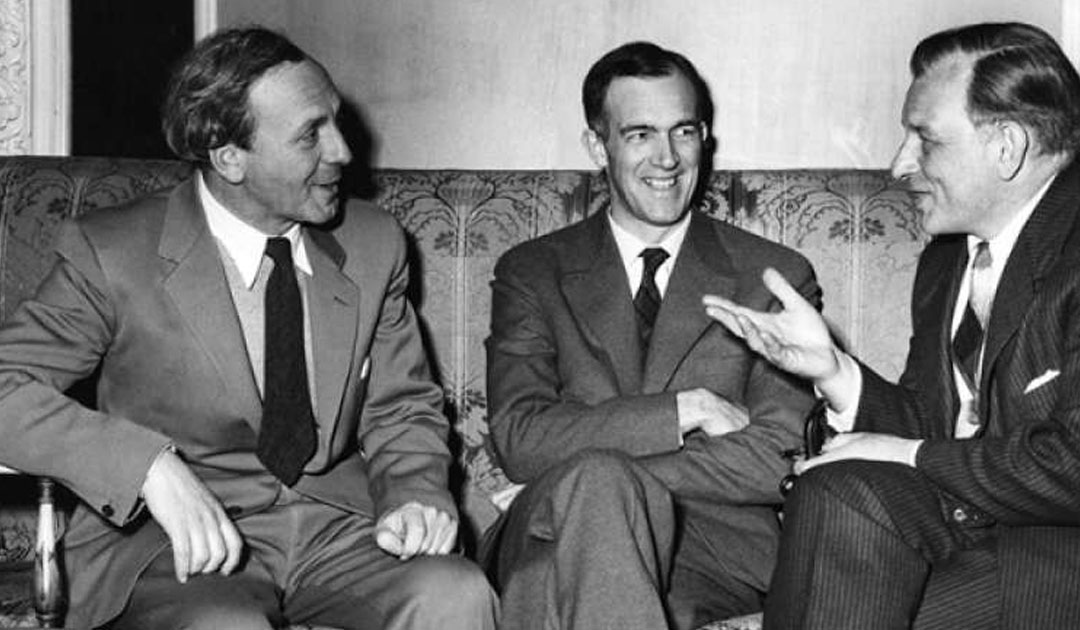 Jørn Utzon (pictured above in the centre with two of the architects who chose his entry, Leslie Martin and Eero Saarinen) was born on April 9, 1918 in Copenhagen. He grew up in the town of Aalborg, where his father was a naval architect, engineer and director of the local shipyard. A keen sailor, Utzon originally intended to follow his father as a naval engineer, but opted to study architecture at the Copenhagen Royal Academy of Arts. After graduating in 1942 with a Diploma in Architecture, he worked in Sweden until the end of World War II. Utzon was influenced by Swedish architect Gunnar Asplund and later Alvar Aalto, with whom he worked in Finland for a short period after the war. In 1949 he received a grant that enabled him and his wife Lis to travel extensively in USA and Mexico, coming into contact with some of the most influential architects and designers of his day, including those at Frank Lloyd Wright’s school at Taliesin, Mies van der Rohe and Ray and Charles Eames.

In 1956 the New South Wales Premier, The Hon. Joe Cahill, announced an international competition for the design of an opera house for Sydney which attracted more than 200 entries from around the world. After having won a number of smaller architectural competitions, Utzon submitted his vision for the Sydney Opera House. 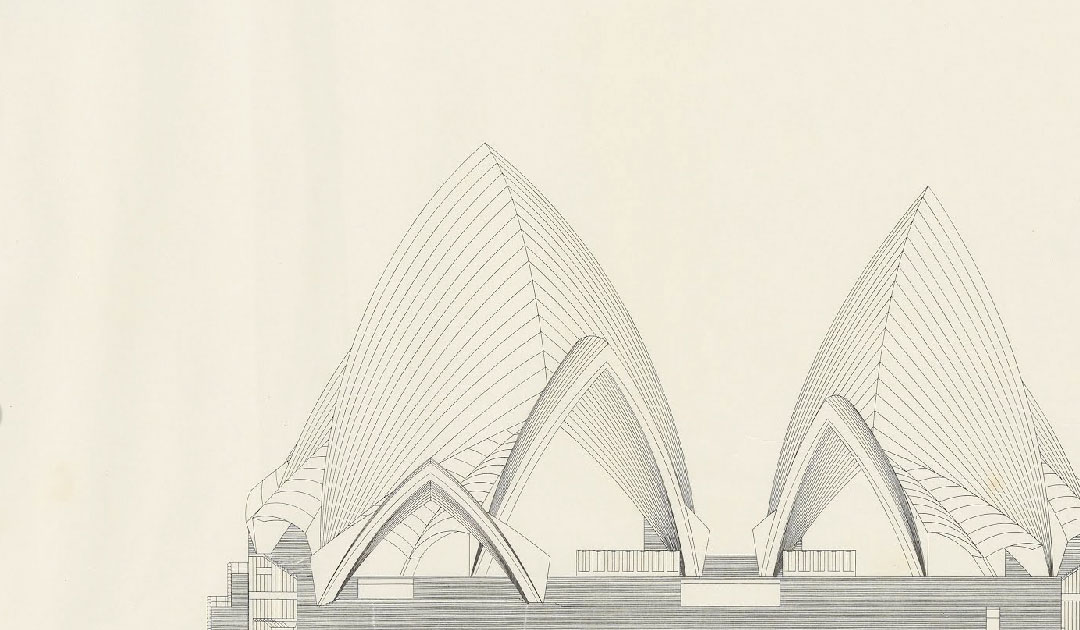 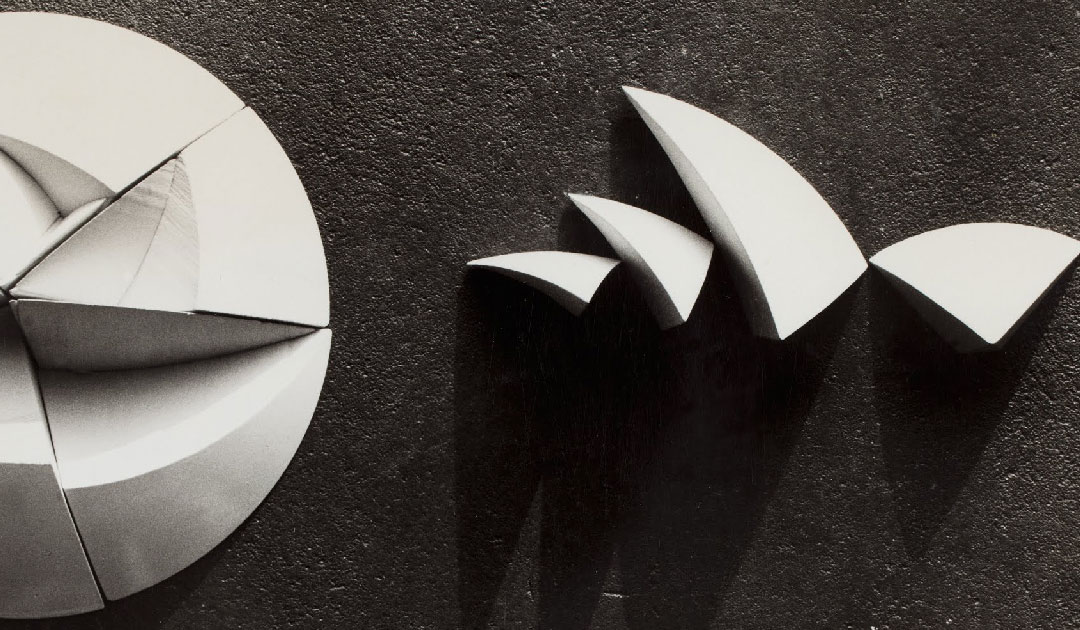 His competition entry contained schematic designs, clearly explaining the concept for the building but not how it would be built. The challenge of constructing the concrete shells that form the roof would confound the building’s engineers for years. It was Utzon who eventually struck upon a ‘spherical solution’ to craft the shells from the surface of an imaginary sphere. This spherical solution elevated the architecture beyond a mere style – in this case that of shells – into a more permanent idea, one inherent in the universal geometry of the sphere. It was also a timeless expression of the fusion between design and engineering.

Construction of the Sydney Opera House began on 2 March 1959 with Utzon travelling frequently to Australia and eventually moving his family to Sydney. Although Utzon had spectacular plans for the interior of the completed shells he was unable to realise this part of his design. In 1965 the Minster of Works, Davis Hughes, began questioning Utzon's designs, schedules and cost estimates. He eventually stopped payments to Utzon who was forced to withdraw as chief architect in February 1966.

His resignation triggered protests and marches through the streets of Sydney demanding Utzon be reinstated as architect, but to no avail. In April 1966 another architect, Peter Hall, was appointed to design the Opera House’s interiors and Utzon and his family left Australia shortly after. The architect never returned to Sydney to see his masterpiece completed.

After his work on the Sydney Opera House, Jørn Utzon completed other architectural projects such as the Can Lis in Majorca (1972), the Paustian Furniture Store in Copenhagen (1987) and Can Feliz in Majorca (1995). The principles behind his renowned Bagsværd Church (1976) in the suburbs of Copenhagen and his parliament building in Kuwait (1983) can be traced directly back to his original vision for Sydney Opera House.

In 1999 Utzon re-engaged with the Opera House and agreed to develop a set of Design Principles, to act as a permanent reference to guide all future changes to the building.
"My job is to articulate the overall vision and detailed design principles for the site, and for the form of the building and its interior," Utzon said of his Design Principles which were published in 2002. 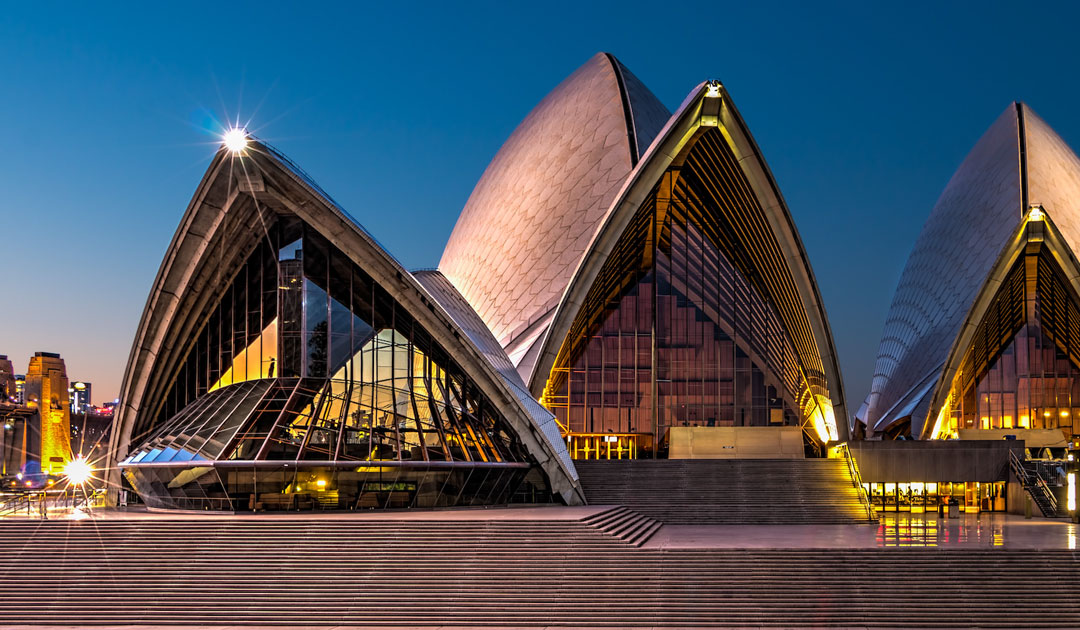 “I like to think the Sydney Opera House is like a musical instrument, and like any fine instrument, it needs a little maintenance and fine tuning, from time to time, if it is to keep on performing at the highest level."

In 2003, the same year the Opera House celebrated its 30th birthday, Jørn Utzon was awarded the Pritzker Prize for Architecture, the highest award in its field. In 2007 the Sydney Opera House was formally recognised as one of the most outstanding places on Earth with its inclusion on the UNESCO World Heritage List under the World Heritage Convention.

Jørn Utzon died peacefully in his sleep in Copenhagen on 29 November 2008 aged 90. Two years earlier he had been represented at the opening of the Opera House’s Western Colonnade, redesigned with Utzon’s involvement, by this son Jan Utzon. “My father is too old by now to take the long flight to Australia,” Jan said of his father. “But he lives and breathes the Opera House, and as its creator he just has to close his eyes to see it.”